DIY Tutorial: How to make a tote bag 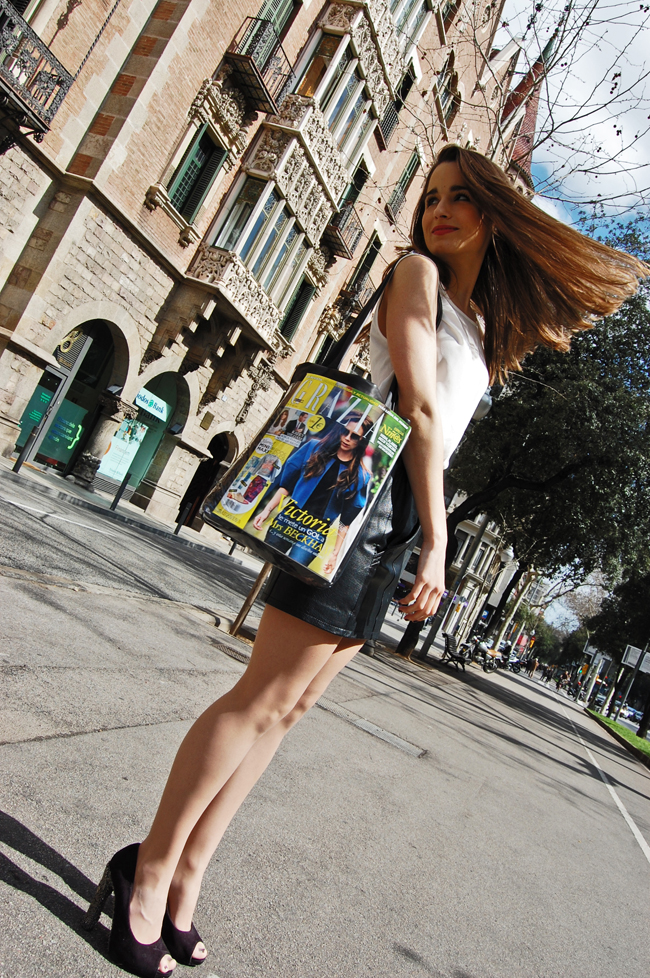 Lee esto en Castellano
Another week, another DIY tutorial. As I told you it's a tote bag! And it's actually a variation of the bag that changes its color. To add a special touch to this tote bag, I put a transparent pocket in the front that lets you put photos, magazines or whatever you want. Just like this transparent clutch bag. 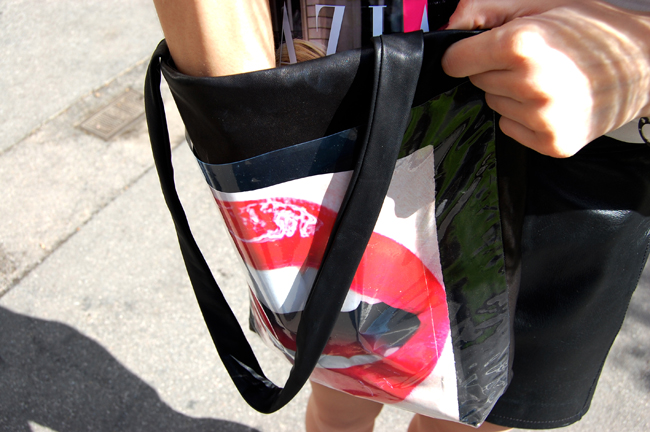 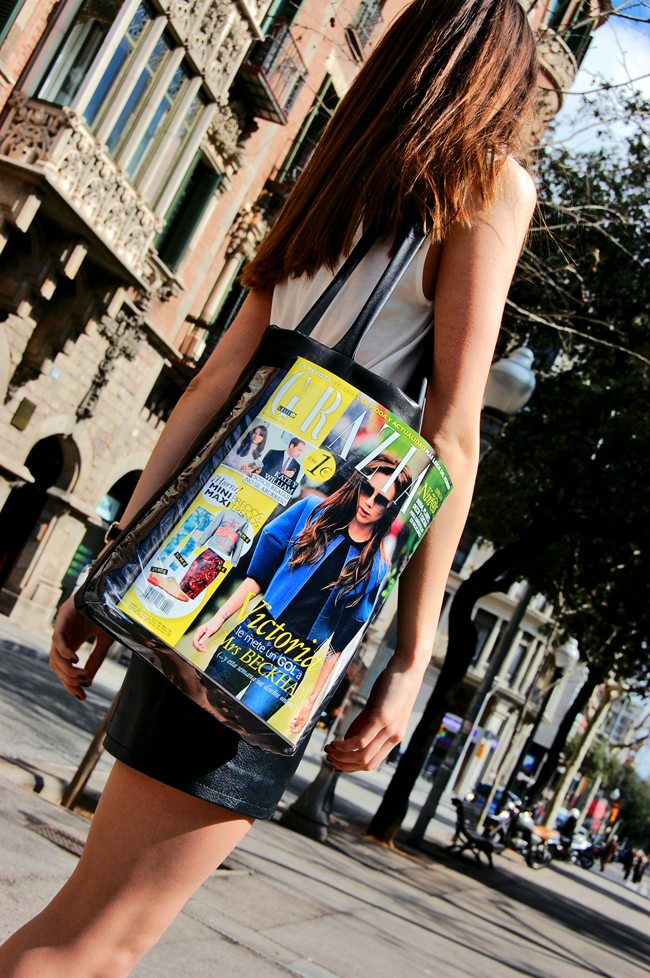 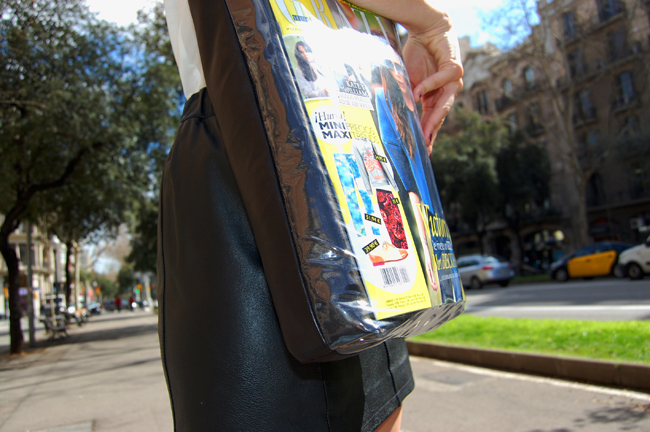 I've always been told that it takes the same effort to make things well, than to make them poorly. I'm not really sure about that, but I know for certain that making things poorly only leads you to waste your time. Because you'll probably have to do the same thing twice. This is why today I'm going to show you guys how to make a real bag, as professional as possible. However, you'll see that it's not so hard to make. This make is made of just two pieces, it has no base or sides. In fact, it's much easier than the envelope clutch I showed you guys last year.

In the beginning I thought of making some sort of window in the front piece, to change the design from the inside. But that would have been too complicated, and it made no sense... In the end I decided to put a clear plastic sheet between the front and the back to create a pocket just with one stitch. 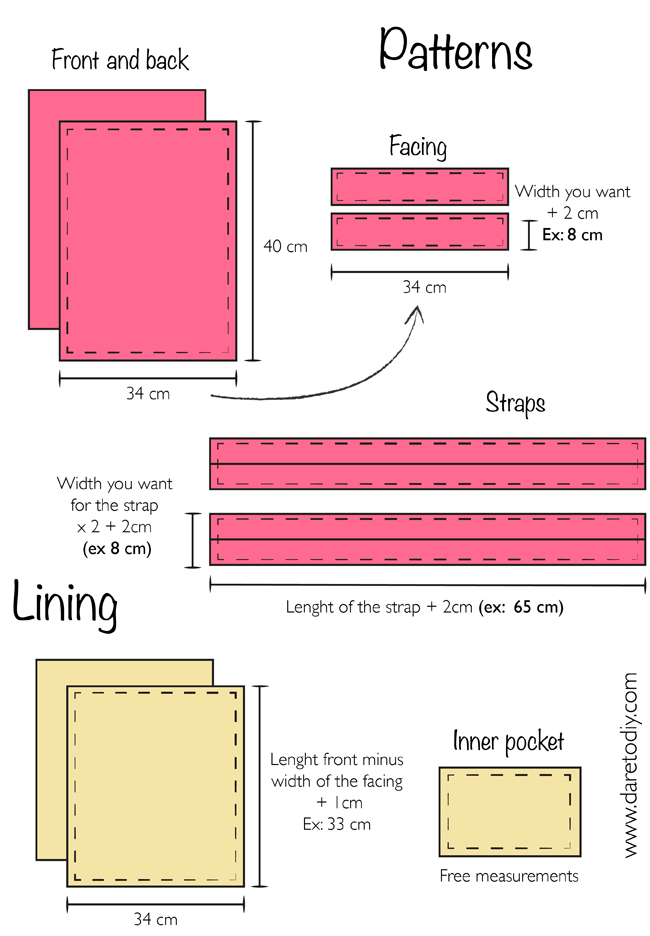 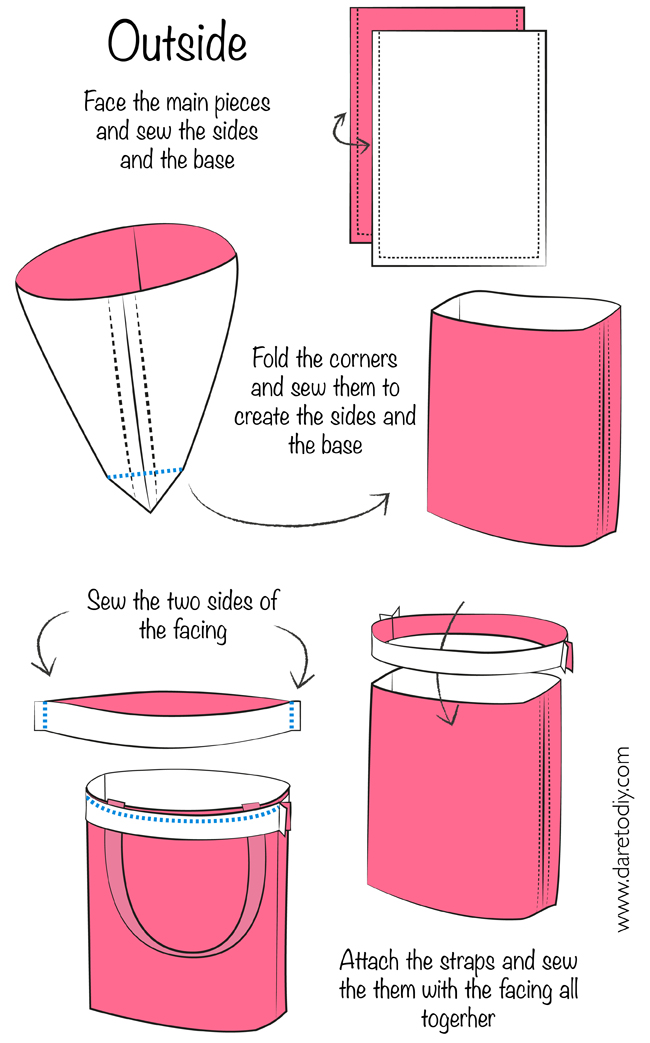 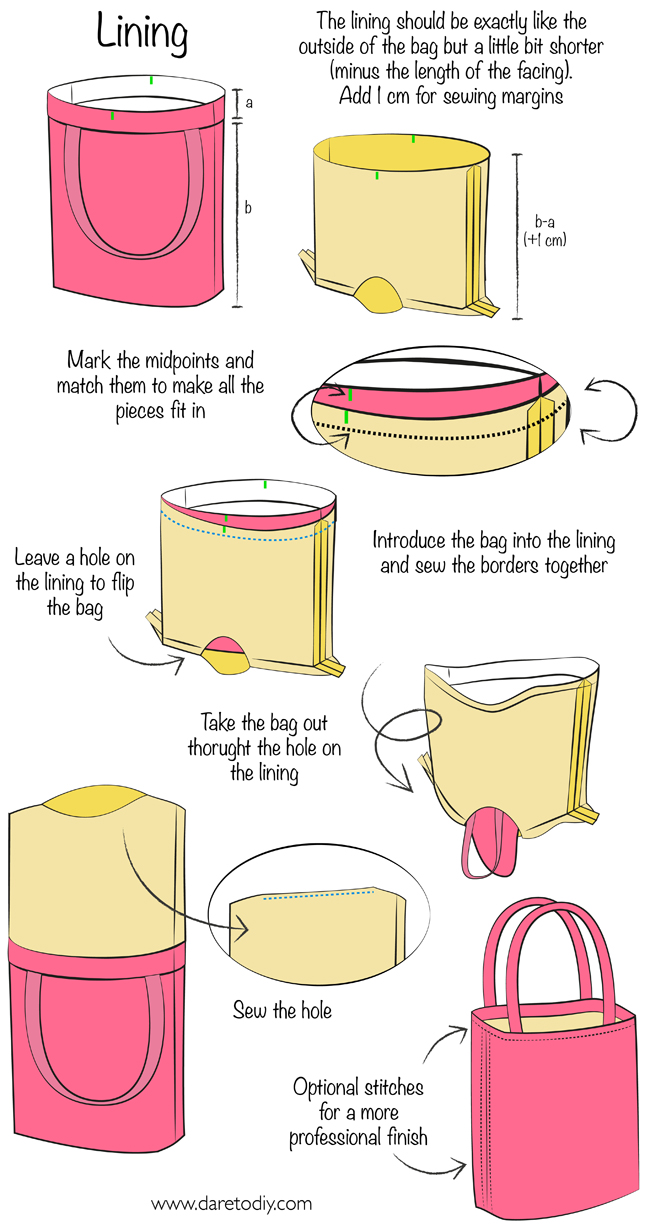 Optionally you guys can make some seams on the edges, on the sides of the straps and on the two sides of the main seams. I didn't do it because I don't really trust my sewing machine. It's not a professional machine and it sometimes makes awful stitches on thick fabrics. I didn't want to take that risk.

Hope you guys like the video too. It's in spanish again, sorry about that, but 80% of my readers on my main blog (daretodiy.com) are spanish speakers. Anyway, everything is explained on the illustrated tutorial above. Hope you guys enjoy it anyway!

Sylvia
Sylvia Salas - Dare to DIY at 1:46 AM
Share